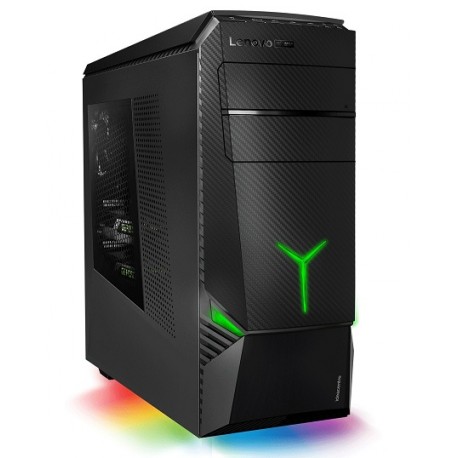 READY TO RAISE YOUR GAME?

This product is no longer in stock

By buying this product you can collect up to 288 loyalty points. Your cart will total 288 points that can be converted into a voucher of $28.80.

READY TO RAISE YOUR GAME?
Built for hardcore gamers, the Lenovo IdeaCentre Y900 Razer Edition boasts stunning lighting effects, an overclockable high-performance processor, discrete graphics, and pro-gaming peripherals. Designed for maximum reliability and performance, it even features tool-free upgradability so you can easily add your own mods. In short, it’s engineered to give you the edge as you race, battle, and blaze your way through the competition.

The competition doesn’t stand a chance. The IdeaCentre™ Y900 Razer Edition offers the power, precision controls, and jaw-dropping graphics that turn even the most intense games into child’s play.

Overclockable Processors
The new standard for PC performance has arrived with Intel® 6th Gen Core™ processors. This blazing fast, feature-packed processor family with built-in security is ready to take your productivity, creativity, and 3D gaming to the next level. What’s more, by enabling the exciting Windows 10 features, 6th Gen Intel Core processors empower you to unleash your imagination and explore the possibilities. For even more power, you can overclock this processor at the push of a button.

Everything you need to play like a pro.
Play the Latest Titles in up to 4K HD

Play games the way they were meant to be played—in 4K HD and at over 60 FPS, thanks to NVIDIA’s GTX 1080 Founder’s Edition graphics card. Not only will you be blown away by how beautiful your games look, but you will wonder how you got this far without it.

Multitask Seamlessly
Whether blazing through the most recent games, listening to your favorite playlist, or downloading movies, the IdeaCentre™ Y900 Razer Edition can multitask with the best of them. Open multiple applications and run your favorite games at the same time with up to 16GB of fast DDR4 memory (will support up to 64GB).

Ultra-Fast Storage
Stop waiting and start playing with PCIe Solid State Drive storage. Not only will your games load quicker, you will be able to reduce boot up times so you can get into the game in a flash and leave the competition in the dust.

Super-fast storage and networking performance.
Call All The Shots

Dive into the Lenovo™ Nerve Center to customize your rig from the inside-out. For custom lighting effects, One Key Turbo or fine-tuning your network priority settings, The IdeaCentre™ Y900 Razer Edition is yours to control.

Razer Custom Tuning
Take control of all that power. The IdeaCentre™ Y900 Razer Edition lets you customize your rig for heart-pounding performance and eye-catching lighting effects—giving you a gaming experience that’s out of this world.

Need that extra kick to take your game to the next level? The IdeaCentre™ Y900 Razer Edition has got your back with overclockable processing—giving you the ability to power through graphics-intensive games.

Millions of Custom Color Combinations
The IdeaCentre™ Y900 Razer Edition wouldn’t bear the Razer name if it didn’t sport a mind-boggling combination of colors and effects. Want your PC to match your gaming desk and set up? Go for it. Getting shot by the opposition and want to know from where? Watch your setup pulse a crimson red to keep you on your toes and ready for action.

Turn heads every time you play.
Immerse Yourself in Gaming Accessories
Heighten your game with bundled Razer pro gaming peripherals–the BlackWidow Chroma Mechanical Keyboard and Mamba Tournament Edition Mouse. Opt for a breathtakingly immersive environment with up to three connected Lenovo Y27g RE 27" 1800R curved panel monitors that are enhanced with NVidia Gsync technology and can support a 144Hz refresh rate.